Marilyn Chin was born Mei Ling Chin in Hong Kong. Her family moved to Portland, Oregon, where her father transliterated her name to Marilyn, the subject of her biting, funny poem How I Got That Name.

After graduating from the University of Massachusetts, Chin earned a Master of Fine Arts at the University of Iowa. Her poetry is known for its edge and finesse, often blending Eastern and Western forms as it addresses biculturalism, feminism and Asian identity.

Chin, a professor at San Diego State University, has received a Stegner fellowship, the Pen/Josephine Miles award, four Pushcart prizes, the Patterson prize, a Fulbright fellowship and awards from the Rockefeller Foundation and the National Endowment for the Arts.

In Hard Love Province, her fourth volume of poetry, she experiments with quatrains, sonnets, haiku, allegories and elegies in precise words whose effect are brazen, icy yet inflamed. Much in the book concerns grief and remembrance of two lovers who have died. Explicitly, Chin honors mentors and influences: Adrienne Rich, Gwendolyn Brooks and Ai. In these lines, Entertainment Weekly wants to interview Emily Dickinson and girls grow horns.

Here is her poem One Child Has Brown Eyes 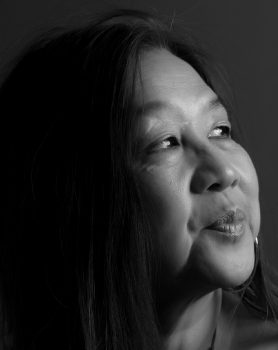