The Yellow Birds is a scalding first book that pivots on the last weeks of friendship between 18-year-old Private Daniel Murphy and 21-year-old Private John Bartle, who makes a rash promise to Mrs. Murphy to bring her son home safely from Iraq. Writer Kevin Powers, who joined the Army at age 17 and served as a machine gunner in Iraq, creates a tightly focused, hypnotic story that spirals around his central character’s isolation. Powers has created a piercing portrayal of war.

Kevin Powers was born in Richmond, Virginia, the son of a factory worker and a postman. He has said he enlisted in the Army as a teen-ager for “practical reasons”: the GI bill, and “all my male role models had served.” After his honorable discharge, he enrolled in Virginia Commonwealth University, where he graduated in 2008 with a Bachelor’s degree in English. He holds an MFA from the University of Texas at Austin, where he was a Michener Fellow in Poetry.

In an interview with The Guardian newspaper, Powers explained why he wrote The Yellow Birds: “One of the reasons … was the idea that people kept saying: ‘What was it like over there?’ It seemed that it was not an information-based problem. There was lots of information around. But what people really wanted was to know what it felt like; physically, emotionally and psychologically.” 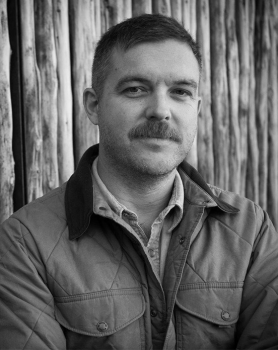