Margot Lee Shetterly grew up in Hampton, Va., the daughter of two people with doctorates—Robert Benjamin Lee, a NASA research scientist, and Margaret G. Lee, a professor of English. But it took the fresh eyes of a visit home in 2010 to trigger Shetterly’s curiosity—then near-obsession—with the many black women mathematicians who had worked for NASA.

Hidden Figures brings four particularly vivid women out of the shadows—Dorothy Vaughan, Katherine Johnson, Mary Jackson and Christine Darden. Through hundreds of interviews and via thousands of documents, Shetterly tells their stories.

The book begins in 1943 amid a World War II-driven labor shortage, leveraged by Civil Rights leader A. Phillip Randolph to coax Franklin D. Roosevelt to sign Executive Order 8802, which prohibited racial discrimination in the national defense industry. It made possible the work that came next—devoted and indispensable—from black women whose calculations allowed the country to successfully send astronauts into orbit, and to the moon and back.

“What I wanted was for them to have the grand, sweeping narrative that they deserved, the kind of American history that belongs to the Wright Brothers and the astronauts,” Shetterly writes. “Not as a separate history, but as a part of the story we all know… the protagonists of the drama. And not just because they are black, or because they are women, but because they are part of the American epic.”

Shetterly, herself comfortable with calculations, graduated from the University of Virginia and landed in the financial sector, working for J.P. Morgan and Merrill Lynch. She eventually shifted gears to publishing and in 2005 moved to Valle de Bravo, Mexico, with her husband Aran, where they spent 11 years publishing the magazine “Inside Mexico.”

In 2014, Shetterly sold a 50-page proposal for Hidden Figures to the publisher William and Morrow, then won a grant from the Alfred P. Sloan Foundation to support her research. Almost immediately, Hollywood came calling. Hired on as a film consultant before the book was finished, Shetterly has witnessed her work become a juggernaut in both versions, riding atop the bestseller and box-office lists across the nation.

“The title of the book is something of a misnomer,” Shetterly writes in her acknowledgements. “The history that has come together in these pages wasn’t so much hidden as unseen—fragments patiently biding their time in footnotes and family anecdotes and musty folders.”

It took an intrepid, meticulous first-time author to bring them into view, give them verve and place them in the national record. 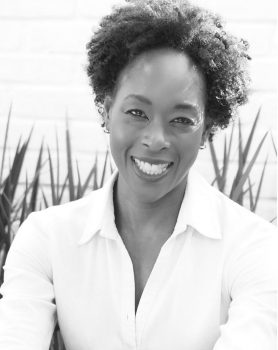